Warzone Idle beta is now open to everyone, even if you’re not a member! If you’d like to be among the first to play it, make a post in the Warzone Idle Open Beta Signup Thread!

To kick off the Warzone Idle Open Beta, I’ll be streaming at twitch.tv/FizzerWL on Tuesday at 11am pacific time. Use this link to see the time in your local timezone or a countdown. Hope to see you there!

Since the beta started, I’ve been hard at work at fixing up all the rough edges that people have found. I appreciate all the feedback from everyone who is playing it!

Today launches the 10th update to the game. Today’s update is live on the website now, and will go live in the iOS/Android apps in the coming week.

Here’s a full list of everything that has changed:

– Idle: Every 20 seconds, the draft icon now sends out a visual pulse to make it easier to find.
– Idle: The resource tabs now always show resources that you have the recipe to make, so you can tell how much it would sell for without having to make one.
– Idle: The Coin Wheel now gives out Warzone Idle powers in addition to its normal coin rewards. All players must win a multi-player game to be able to spin (previously, accounts under level 7 did not need to win multi-player games to spin).
– Idle: The global chat raffle can now give out Warzone Idle rewards in addition to its coin rewards.
– Idle: Coin leaderboard now gives Warzone Idle rewards in addition to coins. Minimum coins needed to earn a rank reduced to 100.
– Idle: Re-generated challenge levels for balancing.
– Idle: Cost of the 30% additional AP purchase changed to 50 coins.
– Idle: Tournaments can now give its winners Warzone Idle rewards (only when created by an admin)
– Idle: Fixed the header of the “Items” tab so it makes it clear that some of those things are alloys and not items.
– Idle: Fixed the arena reward balloon so it doesn’t pop up behind the idle time dialog.
– Idle: Fixed phantom draft icon showing up after syncing from another device that already consumed the draft. Thanks to Super Smoove for reporting this.
– Idle: Fixed bonus animation so it doesn’t show up on bonuses worth 0. Thanks to Name for reporting this.
– Idle: Fixed bonus links being truncated instead of rounded.
– Idle: Fixed rounding issue on “additional mercenaries” AP that made it round 2.5% to 3%
– Idle: Fixed arenas giving error if you requested a game while another request was in-progress. Thanks to Southy for being the first to report this.
– Idle: Fixed a bug that made the app not sync on startup if no level was in-progress the last time it saved. Thanks to Tulsi 2020 for reporting this.
– Idle: Fixed “parent is null” error. Thanks to Immovable Object for reporting this.
– iOS: Added option of signing in with Apple ID. This was done to satisfy Apple’s requirement.
– All: Increased real-time quickmatch match rate.
– All: Loading a list of quickmatch template’s on the Create Game screen now show the templates actually in quickmatch.
– All: Fixed the max players in a game when using invite-by-code with scenario distributions.
– All: Fixed the order of Confirm/Cancel buttons in the Create Game pages. Cancel should always be on the right.
– All: The “Configure teams dialog” now shows the “fixed teams” option even when in “invite by code” mode, and it just explains why you can’t use it.
– All: Fixed a caching bug that could make the surrender tutorial come up more times than it was intended to.
– All: Fixed tween null reference error. Thanks to Martel for reporting this.
– Unity: Fixed a bug in map tessellation that made territories use the wrong winding rule. This fixes the “Gate of Mercy” territory in Ursa:Luna. Thanks to Perrin for reporting this.

Warzone Idle beta is in full swing! All Warzone members have been invited (unless they’re inactive or have >= 3 warnings). If you’d like to participate, pick up a membership and you too can be among the first to play it!

Since the beta started, I’ve been hard at work at fixing up all the rough edges that people have found. I appreciate all the feedback from everyone who is playing it!

Today launches the 9th update to the game. The first 8 were smaller bug-fix updates. Today’s update is live on the website now, and will go live in the iOS/Android apps in the coming week.

As part of this update, all levels were re-generated. This could cause costs, asset locations, recipes, etc. to be changed slightly. This was done to make balance tweaks/fixes, fix usability issues, change arena templates, and to ensure that it works smoothly.

Note if you start a new version of a level, then switch to a device using an older version of Warzone Idle, you won’t be able to play it there. Please update all your devices to the latest version to avoid this, or ensure you start levels from the older version.

– Idle: When playing from multiple devices, the app now pops up a message explaining how to sync without losing progress.
– Idle: Arenas no longer include FFA templates.
– Idle: Moved the starting location of the levels Huruey’s Castle, War of the Worlds, and Drakemor’s World.
– Idle: Adjusted techs that increase ore sell values. They now increase by a greater amount, and two were changed to increase alloy sell values instead.
– Idle: Added extra levels to mines and army camps so they won’t get maxed out as easily.
– Idle: Video army camp production bonus changed to 20%.
– Idle: The “Abort Level” button now always shows a confirmation dialog, even when no territories are conquered. Thanks to Lunar Creep for reporting this.
– Idle: Fixed number rounding so “999900” will get rounded to “1M” instead of “1000K”. Thanks to hexe1309 for reporting this.
– Idle: Fixed overalpping bonus links in Reconquest level.
– Idle: Fixed a bug if your app restarted while waiting for an arena game that caused the arena to not give its reward.
– Idle: Fixed “can’t upgrade” error when tapping a mine upgrade button rapidly. Thanks to Muli for reporting this.
– Idle: Fixed a bug that could make a power not show that you have it if you cancel the UI.
– Idle: Fixed number suffix for trillions.
– Idle iOS/Android: Fixed a bug in the map caching that could make it have to re-download the map each time you open the app (it should be caching the map on your device to allow for offline play)
– Unity: Fixed in-lined images in discussion posts.
– Unity: Entering invalid numbers into card settings now gives an appropriate failure message instead of just using 0.
– Unity iOS/Android: Fixed a bug that could make sockets connect when they didn’t need to. Thanks to Lunar Creep for reporting this.
– Website: Fixed UnityOrUJSOnly error when joining a commerce game from the website. Thanks to AI for reporting this. 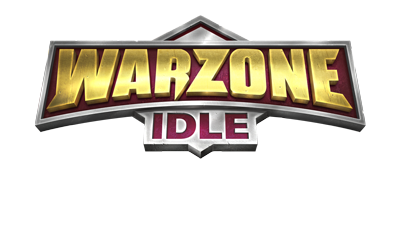 I’m pleased to announce Warzone Idle! Now, you can conquer the world in your sleep! Warzone Idle is a new game using the Warzone engine. Check out this video to learn what it’s like:

Why make an idle game?

Warzone Idle complements Warzone Classic very well. As Warzone Classic is primarily a multi-player game, it means there’s always going to be some downtime while you wait for your opponents. This creates a perfect opportunity to swap to the idle game, re-invest your earnings, and swap back.

Further, I just love idle games. I play them often, and I’ve always wanted to make one. Warzone’s engine is perfectly suited for the task, so Warzone Idle was born!

How can I play it?

Soon, Warzone Idle will enter beta, and I will send out invites to players to help test the game before its official launch later this year. Warzone members will be the first to receive beta invitations, as a way of thanking them for supporting the game. So if you want to be among the first to play Warzone Idle, make sure you’re a member! Invites will be sent via Warzone mail. Stay tuned for more info!