Season XVIII will be played on the Snow Mountains map: 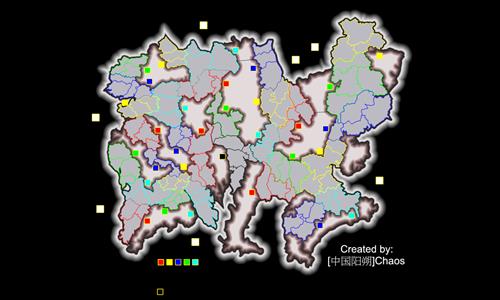 You can check out the template using these links: Single-player, multi-player.

The season begins on Friday (click the link to see the exact start time in your own timezone, or a countdown).

When playing a real-time game that uses Banking Boot Times, there will now be two clocks in the upper right corner instead of one: 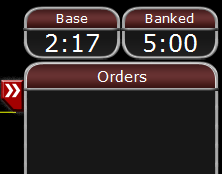 This makes it obvious how much of the remaining time belongs to the fixed portion of each turn versus the time you have stored in your bank. The previous single clock used to simply show these two numbers added together, which made it more difficult to tell if you were consuming banked time versus each turn’s fixed portion.

Also when playing a real-time game that uses Banking Boot Times, a new experimental option is available that will show how much time each player has banked under their name in the lower right hand corner:

If you want to try it out, you can enable it on the Settings tab.

– MP Dashboard: Forum posts now provide a link directly to the last page, if the thread is on multiple pages.
– MP Dashboard: Flipped the columns so the primary one is on the left.
– Added a footer across the entire site, mostly for SEO purposes.

WarLight has just been updated to version 3.03.1! This update fixes a few small bugs and makes improvements to the multi-player dashboard page. Here’s what’s changed:

This page has a number of improvements over the My Games and Open Games tabs. For example, each game shows icons that help you identify their settings at a glance. For example, games will show a special icon if it uses custom scenarios, wastelands, modified kill rates, multi-attack, local deployments, etc.

Complementing this page is another new page titled Past Games. The Past Games page allows you to browse through all of your games that aren’t shown on the multi-player dashboard. Previously, this was done by changing your My Games filter to “All Games”. Spitting it out into its own page streamlines this process.

The My Games section of this page will inherit the same filter that you were previously using on the My Games page. A new filter was added to support this page, simply titled Default. This new filter shows all games that you are alive in or have unread chat, excluding all games you declined or where the host removed you. A new sort option was also added, which is always used on the multi-player dashboard, called Actionable. The actionable sort puts all games where it’s your turn on the top, followed by games with unread chat.

The new filter and sort are also available on the old My Games page.

Both of these new pages are implemented in html instead of Flash, which means they load much more quickly and can be refreshed with your browser’s refresh button (F5). This is the first time we’ve had non-Flash pages under the multi-player tab, so a few other changes were made to the structure of the tabs to facilitate this. The sub-tabs (the white links under the main top tabs) and the top-right account bar are now implemented in html as well, instead of Flash. This enables the ability to right-click and select “open in a new tab” in many places that were not possible before, such as the sub-tabs and game links.

Map of the Week

WarLight now has an official Map of the Week feature! Every week, 5 maps will be eligible to be voted on by the players. The map that receives the most votes will be elected Map of the Week and will be featured on the new multi-player dashboard page.

Here’s how the 5 maps will be chosen: