WarLight has just been updated to version 3.14.0! This blog post describes what’s changed. This update is the second part of overhauling the single-player part of WarLight. It’s not done yet — more changes will be coming in future updates!

We are proud to release 34 new single-player levels! They’re currently available as a preview by selecting Single Player -> Preview Levels. These levels will eventually replace the six main levels that serve as single-player today.

I’d appreciate feedback on these levels! Give them a whirl, and let me know what you think!

As voted on by the community, some changes are being made to ladder settings. You can read the full discussion on the forum, but here’s just a list of what’s changing:

It’s now possible to purchase access to additional player colors that were previously only available in large games. Colors can either be purchased with money or with WarLight coins. Purchasing a color gives you unlimited use of that color forever!

The following colors are available: 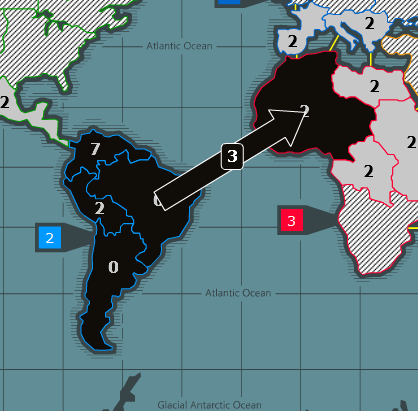 Head to the Change Color page to check them out or to purchase.

– Added the ability for single player levels to add or remove initial card pieces by slot.
– Added single-player levels to profile pages. For now, it shows all levels, however once publishing levels is possible it will only show published levels.
– Added maps created to profile pages, as well as a page that shows all maps created by a player.
– Added member icons to player’s names on clan page. Added member icons and clan icons to player’s names on the map page.
– Single player games with more than one AI now end immediately on surrender or elimination instead of having the AIs fight each other.
– Single player levels can now modify slots all the way up to AX.
– Single player levels that use custom scenarios and commanders can now give a commander to slots without giving one to everyone.
– Internet Explorer 8 and below now get a message telling them their browser is unsupported, instead of strange error messages.
– Added a “Try again” button in the end-game window at the end of custom single-player games.
– Maps can be rated at the end of single player games again.
– In the Flash map browser, removed the “All” page size, since loading too many maps here just crashes Flash. Also increased default map paging size.
– The 4-player coin FFA game is now multi-day.
– Lowered the maximum zoom level, since zooming in too far crashes Flash in Chrome.
– Fixed a bug with challonge export.
– Fixed a bug when commanders are used along with spy cards that allow spying on neutral.
– Fixed a bug that caused saving single player games to fail if your browser ran out of space.
– Fixed a bug with using built-in templates that use features that you have not yet unlocked in single player.
– Fixed a bug when trying to save settings you haven’t unlocked as a template.