When a game is created, players have the option to control how much luck will affect the game. They can pick an amount from 0% to 100%. The default is 0%.

Note: Selecting Weighted Random instead of Straight Round also affects the number of armies needed to take a territory.

When an attack happens, Warzone calculates the "expected" number of armies that should get killed, assuming an average roll. The attack is also randomized as normal and these two numbers are interpolated based on the luck percentage.

If a player attacks with 100 armies, it is expected that it will kill 60 of the defending armies, but let's assume the random number generator determined that only 54 would get killed. 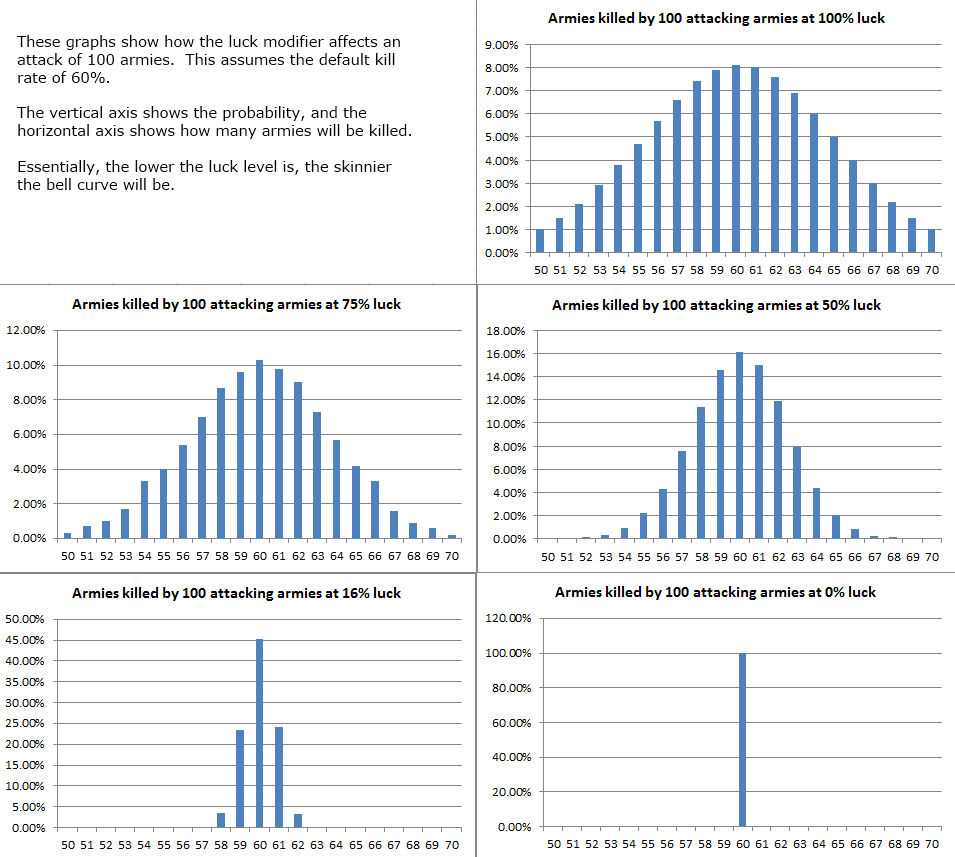 In the event that the calculations do not come out evenly, the rounding mode will be used to determine how the result is rounded.