Level 1 is the easiest Warzone single-player level. Its goal is to be winnable even by first-time Warzone players.

Most experienced players complete the level in 7 turns. However, players that complete it in 6 turns are awarded a gold star for their efforts. It is not possible to complete in fewer than 6 turns.

Level 1 is accompanied by an in-game tutorial that helps new players through taking their first turn. It instructs players to capture the Europe bonus, shows them how the orders they issue are added to the orders list in the top-right, and let's them know that it's a good idea to attack territories with at least twice as many armies as the defender has. 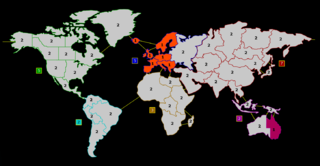