This section lists general guidelines that make exceptional maps. For a list of the requirements that a map must pass to be approved, see the map requirements.

For example, take a look at part of South Africa in Grundie's Earth map: 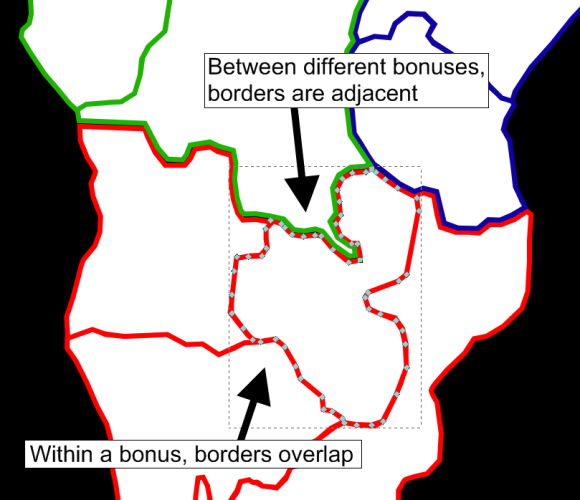 One property of a great map is that players can tell at a glance, without doing an analysis, approximately how many turns it takes to get from one territory to another.

Contrast that with this example, where territory labeled B is actually significantly closer to A than C is, even though it appears to be further away:

Long connections like this make it harder to spatially visualize the map layout. A similar effect can happen when territories are drastically uneven in size. Just like before, B is much closer to A than C is, even though it appears further away: 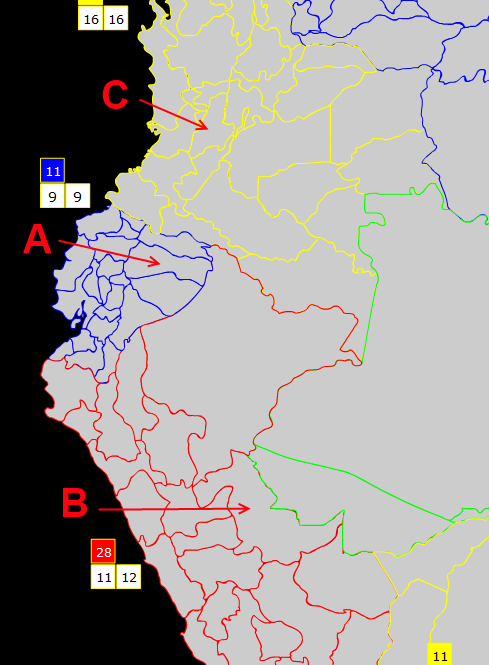 This happens due to an extremely large territory being nearby to very small territories.