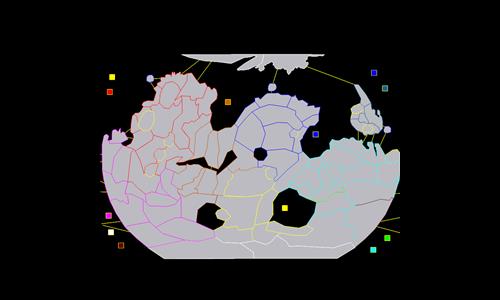 on 5/6/2013.
A lot of broken connections - so many that I begin to wonder if they are intentional. If so, it would be better to insert some detail or barrier on the map so that they are obvious to the naked eye. Also, the large number of territories in each bonus, low army bonus to territory ratio and the exposed nature of each bonus area make for a slow game with the same territories be taken and retaken several times. That is not necessarily a criticism, just a heads-up for those considering playing on this map.

In my opinion, fix the broken territories and make the bonus areas smaller and you would have yourself a real gem here.