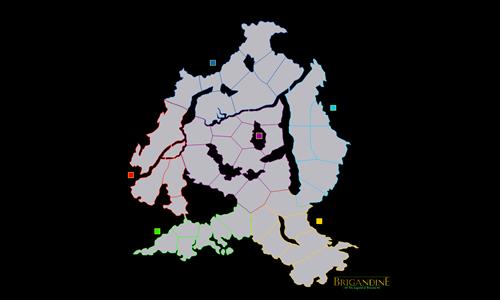 Brigandine is a tactical role-playing game for the PlayStation, created by developer Hearty Robin and released in 1998. An American port, called Brigandine: The Legend of Forsena, was released in the same year by Atlus. In 2000, Hearty Robin released a remake of the game called Brigandine: Grand Edition
With this map, based off the Grand Edition, I bring the world from one of my favorite strategy wargames into another.