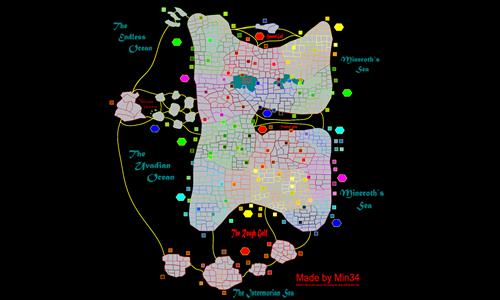 Third map in the Tropical Island series. It is the biggest of them all. It is made so that everywhere you start should be even and because of the fairness of the bonuses you`ll have to use more stragic. Good Luck

Review by [ITALA/US]Ratkchet on 5/26/2013.
It's a good map, but the second map in the series, had bonuses, for big things like controlling all the cities, or the mainland and more general bonuses, like the reefs, I think if you made one more map, just a little bigger, with the bonuses you had in your second map, I would love to play a game on it in multi-player, because I feel that right now it's more suited for games against the AIs on single-player, but that's my opinion
Response by map creator

on 7/13/2013
If more players want it then i'll make a bigger map with those superbonuses included.
6 out of 6 people found this review helpful.
Review by Njugu