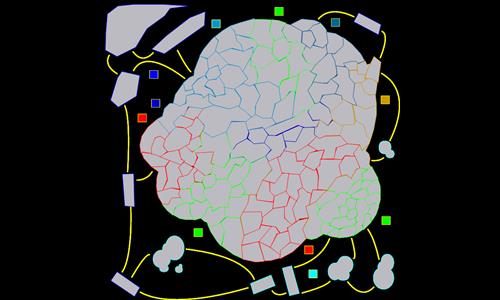 Toblix island is the only island on the Toblix planet, it has been though a stage of democratic war with the north east is desertion and the south being the home of many political buildings. To make it even worse the old towns top the south east have been deserted due to desertication and a zombie outbreak. Every day pirates roam the seas and more and more criminals come in though the galactic ports. Finnaly the bomb has ticked and Toblix has been thrown into civil war. Control each of the 11 districts for bonus troops. Take advantage of the large lakes and mountains to block off your enemy. Control your moves in advance to take control of the large bonuses.

I advice this map is played with multi attack on for the best use of this map. Enjoy!

Krulle on 1/8/2013.
Thank you!
I encountered one missing link: farms - pilot paradise
Response by map creator