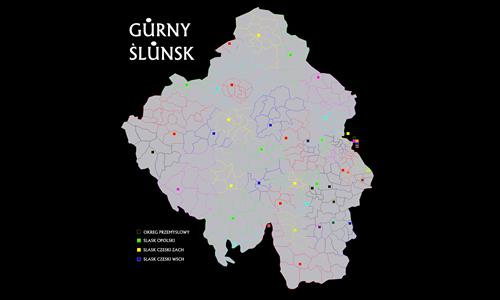 The southeastern part of the historical and geographical region of Silesia. Since the 9th century, Upper Silesia has been part of (chronologically) Greater Moravia, the Duchy of Bohemia, the Piast Kingdom of Poland, again of the Lands of the Bohemian Crown and the Holy Roman Empire, as well as of the Habsburg Monarchy from 1526. In 1742 the bulk of Upper Silesia was annexed by the Kingdom of Prussia, and in 1871 became part of the German Empire. These became part of the Republic of Poland in 1945.