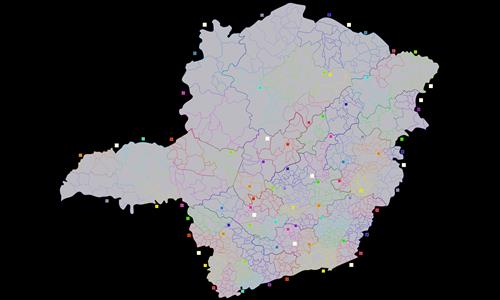 on 9/5/2013.
I've played this map a few times now, and I think it is just right. While the number of territories per bonus is large, this lends itself to an expand-->consolidate-->expand strategy, which many boards do not. The size of the superbonuses does not concern me, as the number of armies granted are nicely proportionate to the number of territories in each superbonus. In any event, this is easily adjusted. Nor do I understand criticisms of the shapes of the territories - in making real-life maps the designer is limited to what the real boundaries look like. Finally, although I do not see it here, I think it is silly when people downgrade a map for being too big. They know when they begin a game how large the map is - if they don't want to play a big map, then pick a smaller one. Great job!
2 out of 2 people found this review helpful.
Review by Aenye Deithven on 1/18/2013.
Nice one, but some of the provinces do have an unusual shape to say the very least - Januaria is one of them, most prominently exemplifying the matter. Bocaiuva is another odd one... Also, some of the provinces are large with others tiny.