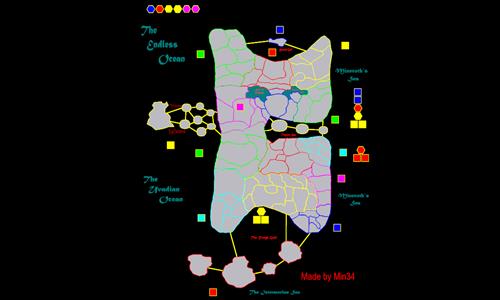 This map is an idea of the 5 year old me drawing for fun. After a bit of trouble(years later) and a few changes the map could go on public. I hope you all like it and have a lot of fun.

Here is the short history of Tropical Island.
A long time ago, explorer Mineroth (also called Min) and 34 of his best soldiers wanted to conquer a new country for their emperor Randy (also called Fizzer). After they overcame the endless ocean, they reached the Island of the Death, but nothing grew there so they had to cross the haunted gulf. They failed and went back to the Island of the Death. They decided to do the impossible, cross the Killing Sea! Nobody ever survived the storms, wich where everywhere on this sea, but they did it and the took over Tropical Island. When they came back they changed the name Killing Sea into Mineroth`s Sea and Mineroth himself became a legend.

Review by Cyssoo on 6/15/2012.
Like everymap with a few island. You take them, and your good to go as you want.
I would think island is harder to defend, but in this game it's always easier.
2 out of 2 people found this review helpful.