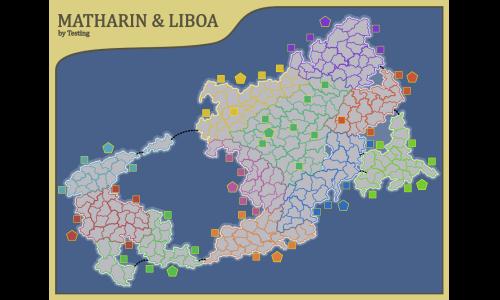 Matharin & Liboa are (fictional) islands in the northeast Caribbean Sea, west of Anguilla and east of the British Virgin Islands. The islands are split between the nations of the French Republic and the United Kingdom. Liboa, the smaller of the islands is an overseas collectivity of France, while Matharin is a British Overseas Territory. On Liboa, the island has two main cities: Marieville, the capital, and Saint Michel. On Matharin, there are four cities: Marsa, the capital, New Marsa, Gilbertstown, and Wenth Port.