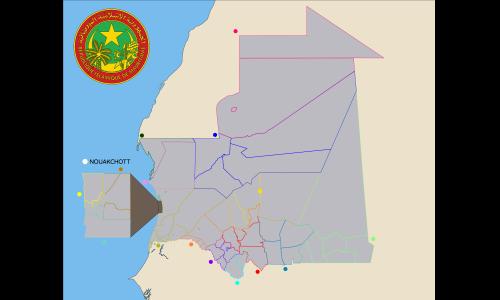 Mauritania, officially the Islamic Republic of Mauritania, is a sovereign state in Northwest Africa. It is bordered by the Atlantic Ocean to the west, Western Sahara to the north and northwest, Algeria to the northeast, Mali to the east and southeast, and Senegal to the southwest. Mauritania is the eleventh largest country in Africa, and 90 percent of its territory is situated in the Sahara. Most of its population of 4.4 million lives in the temperate south of the country, with roughly one third concentrated in the capital and largest city, Nouakchott, located on the Atlantic coast. (Wikipedia)