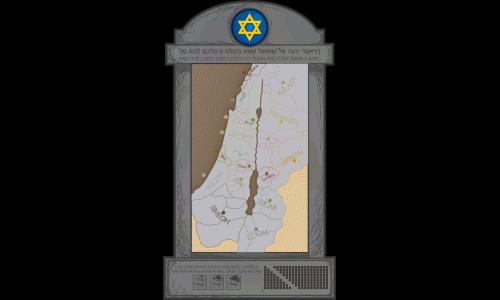 After their conquest of promised Canaan the twelve tribes of Israel lived in a loose confederation.
Led by spiritual Judges, each tribe functioned as an independent nation.

Ten centuries BC a United Monarchy combined all twelve tribes into one centralised kingdom.
The semi-historical United Kingdom of Israel becomes a local powerhouse, and for one short moment the tribes of Israel live in peace and prosperity.

But it can not last. The differences between the tribes are too large; the tensions too strong.
After only three generations the United Kingdom tears apart and the monarchy falls.
Embroiled in civil war, the tribes of Israel become easy prey for the empires in the East.

United, the twelve tribes could be great. But the harder you push, the more they will resist.
Can you succeed where David and Solomon failed?

Review by New MexiCow on 10/12/2022.
Deceptively designed.... you get less armies the more you win. Not easy to win, so adopt your strategies early!
4 out of 6 people found this review helpful.
Review by