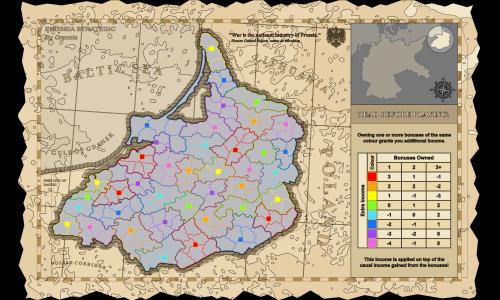 Following the Treaty of Versailles in 1919, the Kingdom of Prussia lost substantial amounts of land to its neighbours. Part of this land included the hated Polish Corridor, which split the superceding Weimer Republic in two. This map focuses on the easternmost state of the Weimer Republic, East Prussia. East Prussia existed from 1920 to 1939, when Nazi Germany invaded Poland and reunited East Prussia with the German mainland.

This map was made during a fundraiser stream for Warzone. Huge thanks to Coldsnark for your generosity, and to Ursus for playtesting!

Review by Keith on 8/17/2021.
Awesome smaller map that plays well.
148 total armies.
No waterways or mountain passes or secret passages.
Pretty good map that just requires you to just push forward.
Ran well; no problems.
0 out of 0 people found this review helpful.