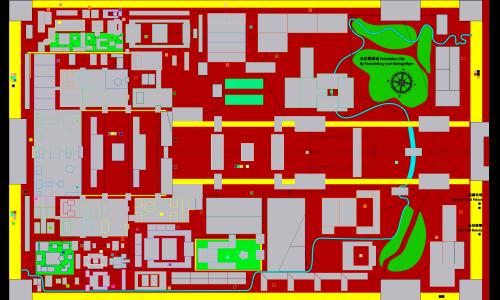 The Forbidden City is a palace complex in central Beijing, China. It houses the Palace Museum, and was the former Chinese imperial palace and state residence of the Emperor of China from the Ming dynasty (since the Yongle Emperor) to the end of the Qing dynasty, between 1420 and 1924. The Forbidden City served as the home of Chinese emperors and their households and was the ceremonial and political centre of the Chinese government for almost 500 years.

One may question about the coherence of the bonus distribution. I did it on purpose to reflect that some places were more important in the imperial city. For example, the bonus for the Hall of Mental Cultivation was slightly higher than normal as it was the Emperor's office.