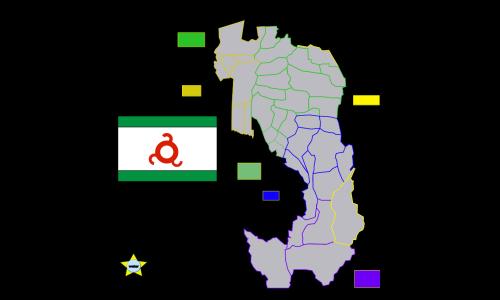 The Republic of Ingushetia

Its capital is the town of Magas. At 3,000 square km, in terms of area, the republic is the smallest of Russia's federal subjects except for the federal cities. It was established on June 4, 1992, after the Chechen-Ingush Autonomous Soviet Socialist Republic was split in two. The republic is home to the indigenous Ingush, a people of Vainakh ancestry and primarily Islamic faith. As of the 2010 Census, its population was 412,529.

on 8/7/2020.
Inconsistent in whether corners will allow you to attack. Incomplete territory names. Poorly balanced.
4 out of 4 people found this review helpful.
Review by

Torsten on 8/7/2020.
cool map just not split up enough so really based on who gets the capital
1 out of 1 person found this review helpful.