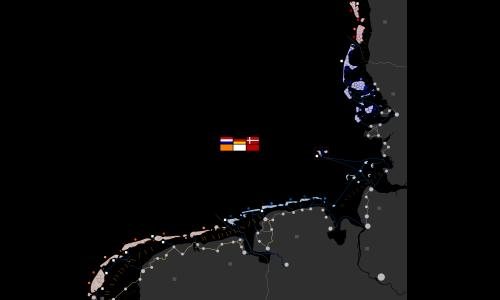 (The Waddeneilanden/Watteninseln/Vadeøerne, in Dutch, German and Danish)

The Frisian Islands, also known as the Wadden Islands or the Wadden Sea Islands (The Waddeneilanden/ Watteninseln/ Vadeøerne, in Dutch, German and Danish), form an archipelago at the eastern edge of the North Sea in northwestern Europe, stretching from the northwest of the Netherlands through Germany to the west of Denmark. The islands shield the mudflat region of the Wadden Sea (large parts of which fall dry during low tide) from the North Sea.