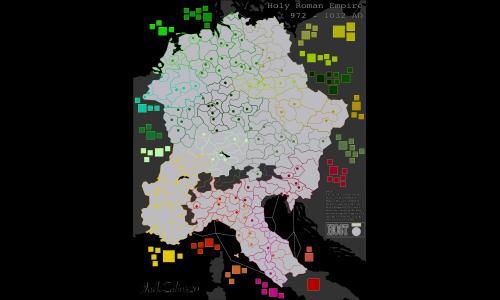 on 6/10/2020.
Fun map. Very bloody given the number and size of the bonuses. Setting the Host bonus right is the key to an enjoyable game.

I know the explanation says that the Host territory connects to the major territory of each bonus, but it can be hard to tell at a glance which territories those are. I recommend putting a little star or some other visual indicator in each territory that connects to Host.

Otherwise, very well done.
Response by map creator JackZ-420 on 6/11/2020
Thank you for your feedback Nathan! I'll think about a graphically effective way to represent those "big cities". I had thought of stars but didn't want to put too many symbols in the small space these territories usually occupy.
5 out of 6 people found this review helpful.
Review by