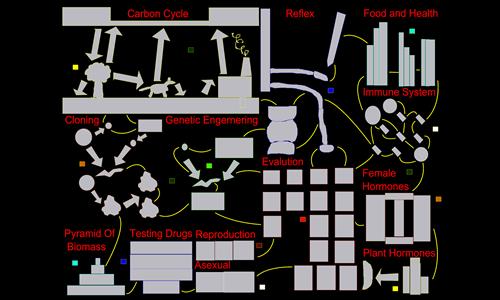 A guy comes up to me and says. I love warlight. But i got a biolgy test soon. If only i could Revise and play at the same time. Then I had a brain wave. I dismised that brain wave as they are physics and i set off on a map creating mission. It may not be the most pretty but it does what it says on the tin. Biolgy.

Review by Andalorium on 4/13/2012.
there are some lines to show connections that do not connect making it a little confusing at times e.i. antitoxin to relay neuron shows a connection that does not exist either get rid of the line or make the connection
Response by map creator