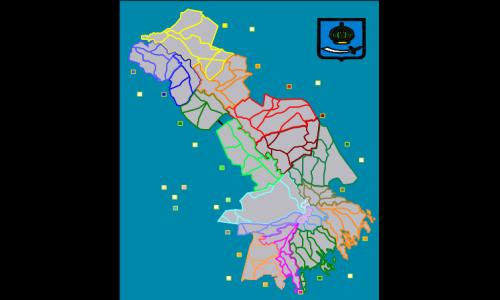 Seleukos on 5/7/2020.
An interesting setting for a map, and the borders are, for the most part, crisp, but this map is way, way too small in its dimensions. Bonus boxes are supposed to be at least 20px in width and height to fit their army numbers. The ones here are probably less than 10px. Army numbers don't fit inside most of the provinces and with the bonus boxes being so small you can't clearly tell which bonus applies where. Provinces are so small that when you click on them there's often not enough space for attack arrows to correctly show where you can go from there. The whole svg ought to be resized to at least twice its current size. Furthermore, several territories appear to be connected but aren't, and I don't know whether that's because of missing connections or unfortunate map design. Examples include Nikolskaya with Vetlyanka, and Volga-Caspian with Travino. The map can be fixed, but in its current state I find it almost unplayable.
2 out of 2 people found this review helpful.