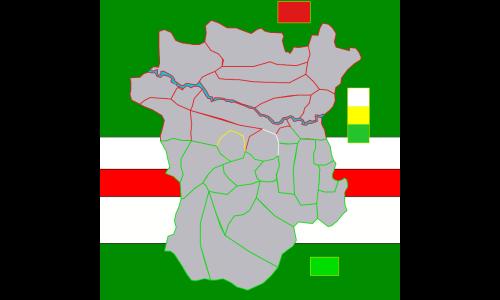 The First Chechen War (December 1994 - August 1996) resulted in the victory of the separatist forces. After achieving de facto independence from Russia in 1996, the Chechen government failed to establish order. In 1997 the Chechen Republic adopted sharia and carried out public executions. In November 1997 Chechnya was proclaimed an Islamic republic.

A Second Chechen War began in August 1999 and ended in May 2000, CRI been destroyed, but Chechen rebels continuing attacks as an insurgency.