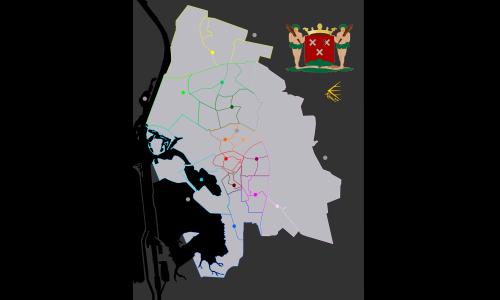 Bergen op Zoom is a city in the province of Noord-Brabant in The Netherlands. It is a municipality and a city located in the south of the Netherlands.
Bergen op Zoom was granted city status probably in 1212. In 1287 the city and its surroundings became a lordship as it was separated from the lordship of Breda. The lordship was elevated to a margraviate in 1559. Several noble families, including the House of Glymes, ruled Bergen op Zoom in succession until 1795, although the title was only nominal since at least the seventeenth century.

This is a tactical map, made for interesting 1v1, FFA or team games. Not really for diplomacy games. But you can try.