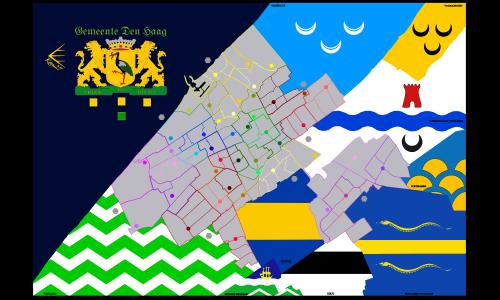 is a city and municipality of the Netherlands, situated on the west coast facing the North Sea. The Hague is the country's administrative centre and its seat of government, and while the official capital of the Netherlands is Amsterdam, The Hague has been described as the country's de facto capital.[7] The Hague is also the capital of the province of South Holland, and the city hosts both the International Court of Justice and the International Criminal Court.

With a population of over half a million, it is the third-largest city in the Netherlands, after Amsterdam and Rotterdam.

The surrounding areas (gemeentes) are displayed with their flags on their respective territories, and the names of these gemeentes on it.

It is a tactical map, made for interesting 1v1, FFA or team games. Not really for diplomacy games.