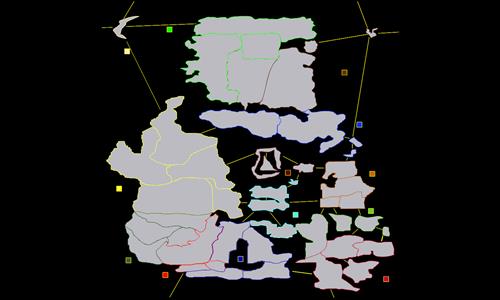 Gorgon is a tropical land with varying climates. Beautiful islands scatter the perimeter and the entire land is governed by the gods who live in the sacred mountain which lies in the center of Gorgon. While territories of power exist, one should take caution before attempting to conquer the mystic lands of the Gorgon South. The north of Gorgon is covered with beautiful fields, and as a result, the north is a breeding ground for intense competition and battles for control over the rich farmland soil. Banana Reef is a source for the largest most tasteful bananas, and subsequently acts as a distribution port to many other lands in Gorgon.