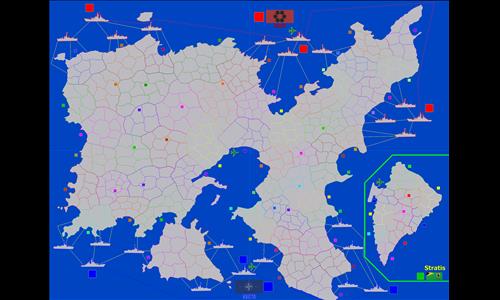 Republic of Altis and Stratis

The Republic of Altis and Stratis is a nation found in Eruit'tu Earth. After years of civil war between The FIA (Freedom and Independence Alliance) and the unpopular government regime in the Capital of Pyrgos, the bloody civil war came to a halt with the signing of the Jerusalem Cease Fire of 2030 (N.E ?). The small Mediterranean republic has faced an uneasy peace with the AAF working side by side with United Federation of Earth forces. Due to economic and political instability in western Europe, the small UFE peacekeeping force withdraw its forces from Altis to the dismay of the Altian Government, in response, Altis calls for closer relations with the nearby CSAT (Canton Protocol Strategic Alliance Treaty) to send in its forces, therefor increasing CSAT's military and political influences in the Mediterranean. Thus creating a Flashpoint between the crumbling European Union and the growing behemoth that is CSAT.

First, and more importantly, the ships are overpowered. Controlling just 12 territories gets you 24 bonus armies. This is compounded by the fact that they are closely linked, meaning they can be conquered in 3-4 turns. Depending on initial positions, this can be the game is over before it begins.

The other, slightly less impactful flaw is the isolation of Stratis. By controlling a single territory, the Altis International Airport (which, btw, is linked the ships, compounding the imbalancing issue), allows a player to create a totally protected reserve worth nearly 50 bonus armies.