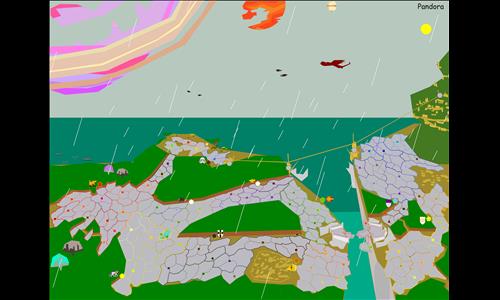 Background:
" It is the mid 22nd century and humans are colonizing Pandora, a lush habitable moon of a gas giant in the Alpha Centauri star system in order to mine the mineral unobtanium, a room-temperature superconductor.
The expansion of the mining colony threatens the continued existence of a local tribe of Na'vi – a humanoid species indigenous to Pandora. "

Objective:
The Resources Development Administration (RDA)
-That giant tree stands on the richest deposit of unobtanium in the area.
If we can get some bulldozers there, we'll make billions back on Earth!

Na'vi (10-ft tall blue-skinned sapient humanoids)
-Greed has burned a hole in the heart of man that will never be filled, they will never have enough! Stop them before they ruin everything!