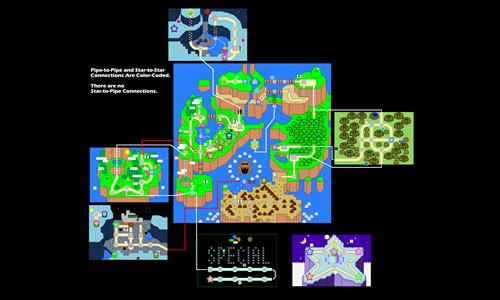 Review by Andalorium on 1/5/2017.
Nice job on capturing the world of Super Mario.
7 out of 7 people found this review helpful.
Review by

Though I think it would be better if Pipes and Stars didn't *connect* to the other hand, but instead, were the SAME TERRITORY as the other end. Maybe that's just me.

Also, Yoshi's House and Yoshi's Outhouse would be an ideal merge, too.

The Castles, and maybe Ghost Houses and Switch Palaces too, would be better as standalone 1-territory-1-income bonuses, and probably the same about the TSA rather than just making it part of Donut Plains West.