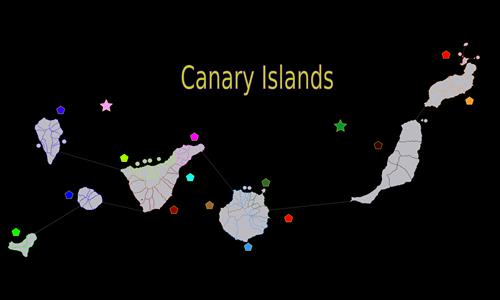 Review by Andalorium on 8/29/2016.
This map was fun until i found out that you stacked two territories, La Olivia is under La Olivia. the period is part of the name that is how i figures it out. and after having to chase enemy units halfway through my territory, either fix it or make it more apparent that there is another territory.
Response by map creator TheCatGuy on 9/7/2016
I see this problem but how does it effect gameplay?
4 out of 4 people found this review helpful.
Review by Kiso Dannete on 6/24/2020.
Too much choke points, blockade cards would need to be broken through to win. I think this map shall add some ocean provinces or sea provinces to remove some choke points. Or maybe add more connections between islands.

Seleukos on 8/9/2020.
The overlapping La Oliva territories make the map practically unplayable; or at the very least too frustrating to be worth playing.
0 out of 0 people found this review helpful.
Review by Merullus on 11/27/2021.
There seems to be a bug with La Olivia territory. It spawns AI armies. This may be an intentional feature that I did not see in the preview; but if so, it should be highlighted.
0 out of 0 people found this review helpful.