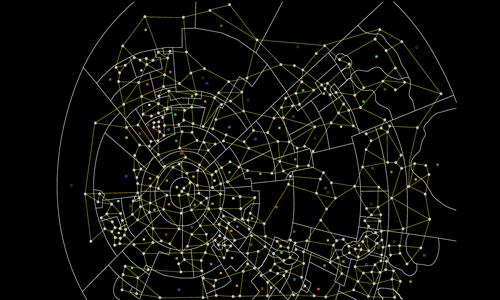 Map entirely based on the galaxy from the Warhammer 40k universe. Rather large and appears cut off, i can assure you that it is not and this is how the map is supposed to look like.
Inspired by Games Workshop and all credit truly belongs to them, i merely made the map for use in Warlight and cannot take credit for the names or creativity of the map. Everything is Warhammer and essentially belongs to Games Workshop.
Version 1.1 out now.
Each of the Segmentums are now mega bonuses, I am for some reason unable to give their old smaller regions an independent bonus, numerous have tried to help, no solution is available yet. Sorry for that guys.
1.2 out, my sincerest apologies once more, i left numerous links unmade, but, i have rectified that pretty big mess up.

1 - It's linear. Despite being circular in shape, this map actually plays like a crossword puzzle. It's tough to move across and it's tough to strategize by outflanking and the like. It needs more connections and fewer dead ends.

3 - Some of the bonus boundaries don't make sense. There may be a Warhammer reason why Saim-Hann and Bork, e.g., are part of a bonus but are divided off by walls from that bonus, but I don't see a Warlight reason.

on 7/11/2020.
It's a good map, but some things could be improved.
I remember finding 2 missing connections, but i can only remember 1 of them.