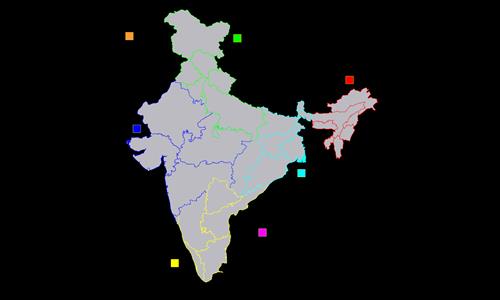 Map of India with all 29 states

Review by General Amoora on 5/31/2016.
This map is actually quite fun to play on and due to its small size the games are typically short and fast, some may take this as a good thing and some might see it as bad, but in any case, the map performs as one would expect it to.
However bonus values are quite awkward, controlling the seven territories of North India gives you a solid 8 troops per turn, but controlling the 7 territories of North East India only gives you 5 troops per turn. Other awkward issues include the omission of some territories from the two superbonuses. Finally is the issue with overlapping borders which is slightly annoying in any map.