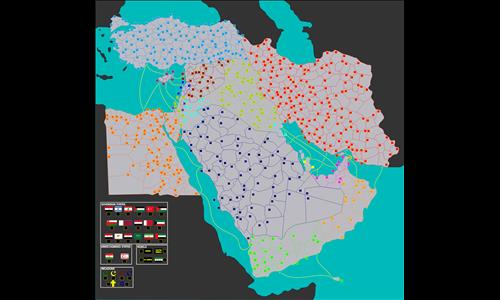 The Birthplace of some of the greatest empires the world has ever seen, and a region full of a vibrant history of Religion, Faith, War and Bloodshed. Now a region of instability after the recent rise of The So Called Islamic State and the recent string of revolts for a brighter future in the Arab Spring. This region is now available for you to play and enjoy and for you to make your own history in the region. Will Saudi Arabia conquer the Arabian peninsula and unite it once again? Will the Egyptians live up to the call of their ancestors, the Pharaohs and conquer the rich land of the Middle East? Will Iran form a superstate such as has never been seen in the region? Will Turkey reform the great Ottoman Empire? It's all up to you!