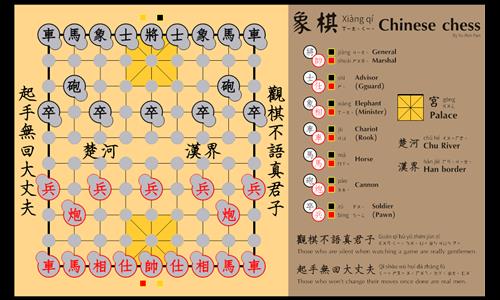 on 1/9/2016.
You can move across the river...? Well, nice board, but chinese chess is a game very different from warlight.
Response by map creator

Yu-Ren on 1/9/2016
Only two pieces are affected by the river's presence: Soldier pieces have an enhanced move after crossing the river, and Elephant pieces cannot cross it.
1 out of 1 person found this review helpful.
Review by Nathan

Like others, I was surprised at the ability to cross the river, particularly as the crossings are not marked. An attractive possibility might be to introduce water territories staggered between the red and black lines (the 5 and 6 ranks). Each would connect diagonally to the four adjacent territories, e.g., the farthest left would link to A5, A6, B5 and B6. Each would also feature a negative bonus, which IMO would not only add to the strategy needed to conquer, but would realistically emulate any army's disadvantage in trying to cross a river.