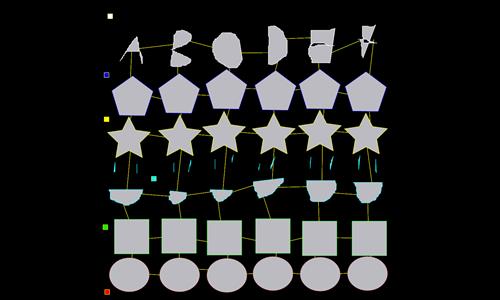 on 11/29/2015.
A very simple map indeed, I suggest playing with auto full distribution. The map can be a little strategic, but it is mostly up to luck. There is also a lot of maps very similar to this, and unfortunately i would much rather play those instead of this one, as they look better and there are no corners (for example A would connect to F and the first Circle). Hope for some better maps in the future. I suggest you get used to inkscape as the letters could look better.
Response by map creator ogi20 on 12/29/2015
in the next map
3 out of 4 people found this review helpful.
Review by Andalorium on 9/7/2016.
I like the idea, but I don't like how some of the territories look really poorly designed, there has to be a better way, so the territories look nicer
1 out of 2 people found this review helpful.