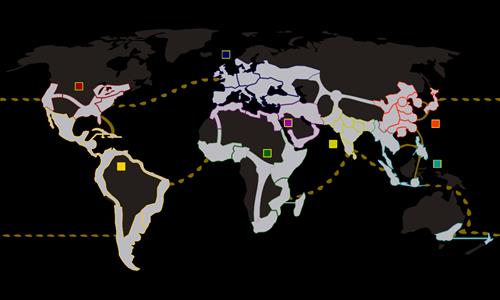 I've always liked the simplicity of the RISK / Small Earth map but something irked me. Canada and Russia are 25% of the territories, but in reality only have 2.5% of world population. China is represented as one small country, much less significant than Europe. The territories are divided without thinking about what places actually have the potential for being powerful empires. Why should Western Australia be just as important as India? Time for something new.

I was inspired by Muligan's Strategic World map to make a simple map where only the places that matter, matter. A map of humans, not land. A less western map, reflecting the potential of booming countries.A little playground for humanity in the 21st century. I hope you like it.

Seleukos on 5/6/2017.
It's one of my favourite maps for 1v1 games. Small, fast, and the bonuses make real world sense (unlike Greenland being as important, for generating armies, as South America, for example).
1 out of 1 person found this review helpful.
Review by