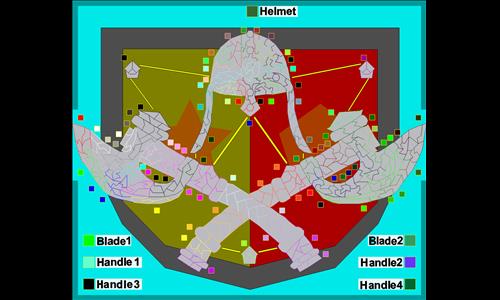 The axes and the helmet of the viking !

on 9/29/2015.
Cool concept and neat artwork. As far as playability, this map is solid. A couple of issues - first, the oddly shaped territories make it hard to tell at a glance what borders what. Second, exacerbating the difficulties caused by the first issue is that MOST of the time, diagonals do not connect, but occasionally they do.

Other than that, nicely done!
Response by map creator Inin Rhalo on 9/29/2015
Thanks you. Missing connections will be corrected in the next version.