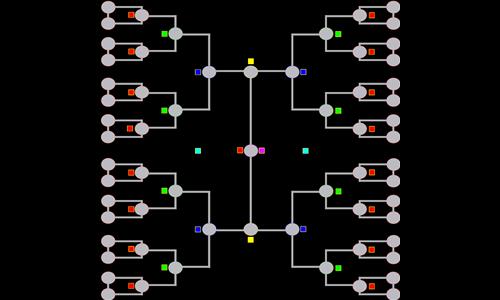 on 7/9/2015.
I'm not sure what the extra connections are, but this was a fine bracket-based map. One of the features that I really appreciate is that with the exception of the center column and championship game, you cannot get a bonus without controlling a bracket all the way to the outermost zones. This means that a conqueror must bring all of his/her armies with him/her and not count on picking up any additional bonuses until an enemy is completely defeated. This gives players some extra hope of surviving longer - and maybe mounting a comeback - when on a regular map they might be looking at defeat or surrender.
Response by map creator