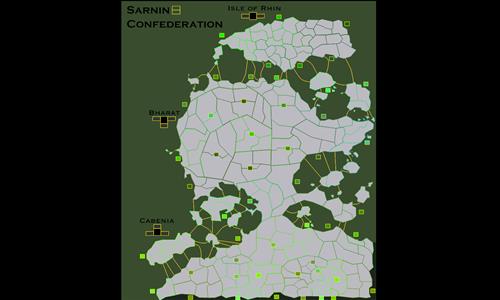 A completely fictional nation, not real-world. Name made up of 'Sardinia' and 'Benin'.
I used an app I made to generate the territory and bonus names.
Details of it here: https://www.warlight.net/Forum/151417-map-making-tool-fast-ids-naming

Ranek on 5/10/2016.
Decent little map with mainly small bonus values.
2 out of 2 people found this review helpful.
Review by Nathan

on 5/12/2016.
I agree with Ranek - a quality map. I could not give it five stars, however, as the north is somewhat OP based on the relative ease of acquiring and defending its superbonus.
Response by map creator