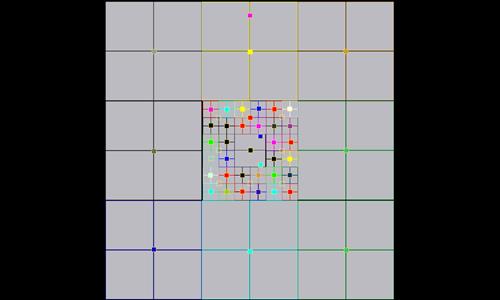 on 7/20/2015.
This is a common map type on Warlight - but still fairly fun to play on. This particular map has room for improvement.

First, the two major superbonuses, fullbig (all the outer squares) and midfull (all of the inner, smaller squares), share a problem - territory "ee5" in midsmall-15 (pink bonus). Specifically, fullbig for some reason includes ee5, which it should not, while midfull does not include ee5, which it should. This is annoying, to say the least.

Moreover, I would like to see the 4-territory bonus squares increase in value as they progress toward the center. As it is, the inner ring of bonuses in midfull actually has less strategic value than the outer ring because of the former's proximity to the massively negative bonuses of aaa1 and aaa2.