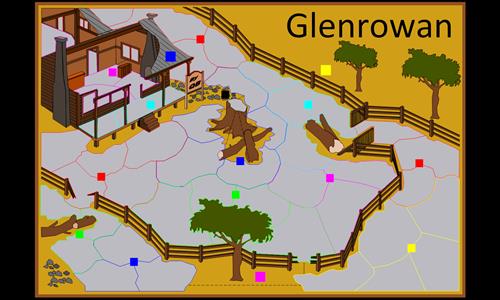 There was an air of desperation about this generous offer - not only had the first reward of $4000 failed to excite public support but the gang’s latest venture saw them effectively take control of an entire town, stealing and vandalizing without contest - as brazen and cunning a crime as any, points noted by a royal commission which later looked into the event:

The daring with which this outrage was committed, and the impunity with which the gang were allowed to swoop down upon a township, to bail up the police, to rob one of the banks, and return to their haunts in Victoria, marked this episode as one of the most extraordinary in the whole career of the outlaws.

A colorful story which the public had an appetite for, especially news of its unofficial leader Ned Kelly, seen by many as more of a social bandit than a robber.

Review by TheRookinator on 1/7/2016.
Quick, fun, and challenging!
5 out of 6 people found this review helpful.
Review by