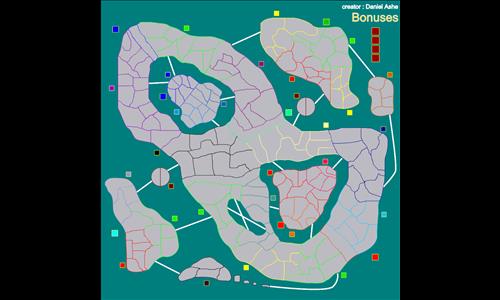 on 2/13/2015.
Fun map. I only give it four stars, however, because it is somewhat balanced in favor of the southeastern starting position.
- First, the SE island offers 1 more bonus army than the NW island.
- Second, the SE position offers "safe" (meaning from the rear) approaches to the NE and SW islands, while the NW position requires the player to move into the middle to approach the SW island.
- Third, the cross-lake connections in the south-central area of the map enable the SE player to more quickly move armies from the rear to the front, enabling him/her to concentrate forces more effectively.
- Fourth, and this isn't a balance issue, the superbonuses are perhaps a bit high for a map of this size. Obviously, players can set these to whatever they want, though.
6 out of 6 people found this review helpful.
Review by