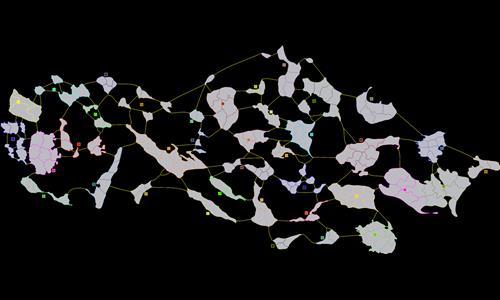 On the Outer Island

This map based on real life islands of Denmark, but with mixed up ratios and positions.

on 3/6/2015.
Fun map, but the major flaw is that connections are difficult to see. Sometimes the a single line links one territory to two other territories, e.g., Kirkehavn to both Vindeballe and Tvaerby. It would be to have a separate line for each connection, as you have between Rago and both Nexo and Gudhjem. Also, it can be unclear whether territories connect diagonally, e.g., Osterby and Egegard. Clean these minor problems up and I believe you have a 5-star map.

Finally, there is an unnecessary second line connecting Lilleo to Vesterskaer.

Edit 3/6/15 - You have made great improvements. There are still a couple of places where one line connects a territory to two others:

Also, there should be a line visually connecting Fortet to Frederikso.