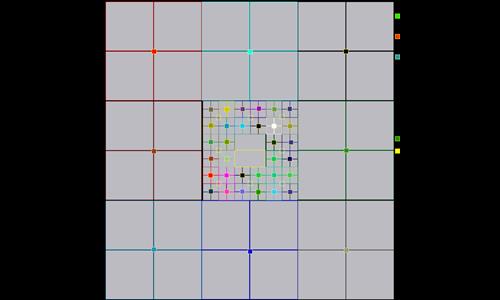 It Has A Lot Of Squares

Review by okasan on 12/20/2014.
Lay-out is obviously not designed for much thrills and frills, but the squares can still lead to an interesting enough battle. Sadly, there are a couple of conceptual shortcomings that diminishes this map's usefulness considerably. Firstly, the starting points: in a one-v-one scenario, both parties setting out on the -45 square, they will stare at each other til the cows come home: first to move, loses. Against the AI, one has to make the first move, rather bravely sideways, then bank on the AIs stupidity to leave a 100 square unguarded (it does).With the 10 advantage thusly gained, the game is essentially over by move four or five. Another, minor gripe: some squares connect diagonally, though most don't. This should be more consistent.
Response by map creator radbot on 12/22/2014
both of your suggestions are on the game now in v1.2
3 out of 3 people found this review helpful.
Review by Nathan

on 1/28/2015.
Interesting concept. Obviously the AI is worthless on this map as it is a sucker for negative bonuses.