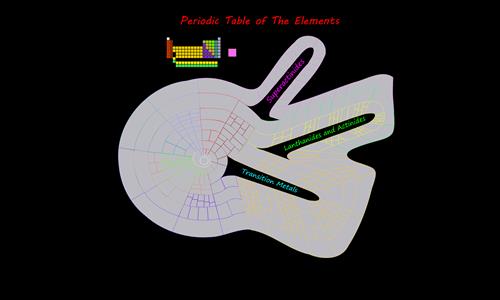 It's not your ordinary Periodic Table.

Review by okasan on 11/3/2014.
Loved this map. Lots of strategic possibilities (racing to the 10 bonus hydrogen spot might not be the best idea), bonuses that need to be carefully evaluated (and a good memory) plus constant vulnerability due to the diagonal attacking options, not to mention the spiral spots that are hard to defend. Two broken links, Niobum should connect to Zirkonium 94, and Unquadpendium seems to connect by a few pixels to Californium. Five stars from me.
2 out of 2 people found this review helpful.
Review by

on 11/6/2014.
very nice map! I appreciate the bonus objects being placed in order on the table. The map is very interesting and fun visually, that being said the borders are very ugly and take away from the aesthetics.
1 out of 1 person found this review helpful.
Review by Nathan

on 11/4/2014.
Fascinating concept, but I'm less sold on its execution. There are lots of missing connections, and the map is fairly inconsistent on diagonal connections. Having hydrogen at the center is cool, but it is so ridiculously overvalued as to skew the rest of the game. I don't understand the bonus allocations. It appears that some elements are accorded spaces - and commensurate bonuses - according to their more (or less) prominent isotopes. But this certainly isn't the case throughout. Uranium, for instance, has a number of well-known isotopes but is represented only by a single territory. It also seems that the unknowns should be worth more as a group - probably about 13-14 to match the other territories' bonus army balance. Finally, why not add some superbonuses, e.g,. Lanthanides, transitions, etc.?