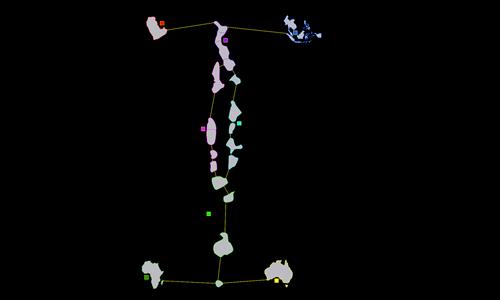 The first map of The Maldives on Warlight. Enjoy!

on 6/28/2014.
It's a fine map, but the distributions are completely unworkable because of the immense value of the corner territories. I recommend a 2-player distribution that starts one side in Addu and the other in North Thiladhunmathee.
Response by map creator Nicky on 6/28/2014
Actually, I had distribution modes for a 4-player match, with each player starting in a corner territory, and a duel mode with those exact territories, but apparently, you can't have 1-territory distribution modes. If anyone knows a workaround for this, please let me know!
2 out of 2 people found this review helpful.
Review by