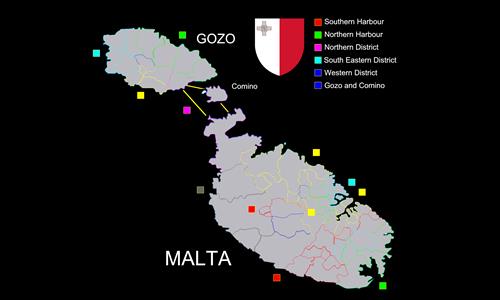 The islands of Malta. Malta is the smallest member of the EU. It has a long and rich history and has been conquered by the Carthaginans, the Romans, the Vandals, the Byzantines, the Fatimid Arabs, the Normans of Sicily, and Napoleon. The Nazi's launched over 3,000 air raids against Malta and failed to conquer it. Now it's your turn...

on 9/2/2014.
It's a very interesting map. It's worth playing simply to see the names of some of the territories. Unfortunately, it's a bit imbalanced in favor of the northwestern islands. A couple of connections from some of the southern harbors to the north should solve that problem easily.

In addition, some territories are parts of a regular bonus and a superbonus, whereas some only fit into the superbonus.
1 out of 1 person found this review helpful.