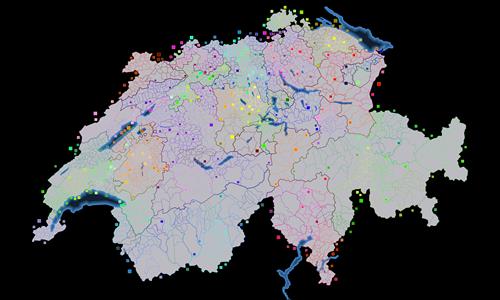 on 7/14/2014.
A nice, large map that's lots of fun to mess around with and it has the benefit of being ultra realistic. My biggest gripe is the open spaces in some of the areas of the map. Many large maps (such as the giant USA) fall into the trap of large, open areas where it is less strategy and more overwhelming force however I feel like this map's many bonuses and lakes/rivers help it somewhat with the openness. The fact that some of the Southern Cantons are not connected was a nice choice as well. 4/5 (Now how to make a diplo out of this).
5 out of 5 people found this review helpful.
Review by

Ninjafisher1980 on 7/11/2014.
Always love a gigantic map to play on. However, I bonuses are very large (in area), so game makers have to keep that in mind when deciding on the settings.
4 out of 4 people found this review helpful.
Review by Nathan

I only saw a handful of missing connections - remarkable in a map of this size. Most were near the central lakes / Luzern region.

on 7/16/2018.
for many districts, it can be difficult to see all the boundaries to be considered
0 out of 0 people found this review helpful.