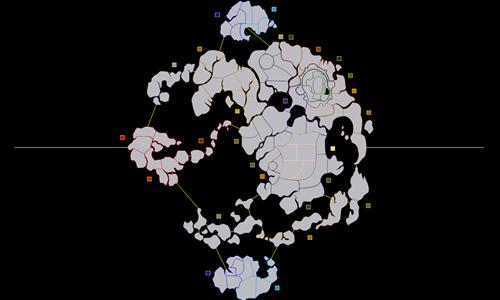 The Original "World of Avatar"

The Original World of Avatar splitted into 111 territories.

Ba Sing Se is divided in 7 territories, and the outer wall are another 4 territories.

If you have any ideas for scenarios, or problems with the balancing of something, contact me. :)

҈ * TeeMee123҈ * on 1/12/2015.
This is a good map to play through, a bit like a lite version of the other avatar map that came out lately (in terms of size). Great chokepoints, but i dont really like the concentrated available income around the north-east and the city looks a bit weird. Some connections between two territories with a tiny river between them should exist really, like between Central and Southern Tu Zin Mountains. Other than that, this is an awesome map! I may suggest another one of those connections which spans the empty space on the map (cause they touch eachother on the 3d map) with somewhere on the north east coast and the north west.
Response by map creator Zaborg on 2/23/2018
Hey, I know if been idle for like 3 straight years, but now I come back and I really enjoy the feedback you and others gave me. I will start working on a new version and try out what you suggested. Removing some income in the north east and connect more parts around the ocean. Also I will try to connect some more territories, but as you already recognized I wanted this map to have some good chokepoints and also some sort of one-way, so you don't rush with your early game army, instead thinking of which route may be the smartest. I thank you alot for the feedback which pushed me alot towards changing it; making it better. I'll let you know when the beta is available.
ty
1 out of 1 person found this review helpful.
Review by Johan Persson on 9/22/2015.
Very cool very swag i like it
0 out of 0 people found this review helpful.
Review by ryan6497 on 2/3/2016.
I think this is an amazing map!!
0 out of 0 people found this review helpful.
Review by HyperRayquaza on 12/24/2016.
While it is a small map, I had a lot of fun playing a game with 6 people in it! It may seem a little small, but the game lasted 80 turns. I would definitely play on this map again.
0 out of 0 people found this review helpful.
Review by ironhalo on 1/20/2015.
bit easy, best 1 vs 1
0 out of 1 person found this review helpful.